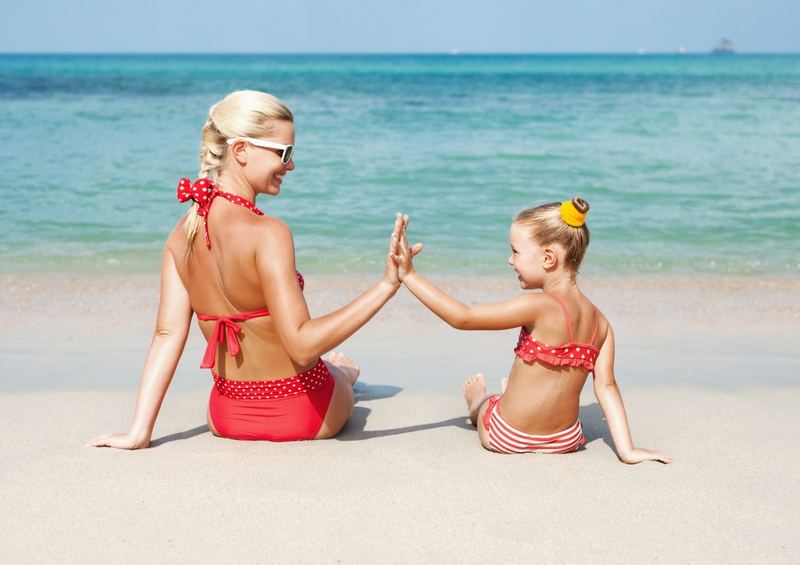 Spain has long been known as an attractive destination for a holiday, and it draws multitudes of returning visitors each year. You may have been initially inspired by a walking tour, city break or beach holiday in Spain, but many are surprised when they realize that it offers so much more. From its Intriguing fiesta’s, Barcelona’s contemporary architecture, the culture and nightlife of Madrid to the insatiable climate of the Costas, Spain really has a lot to tempt even the experienced traveller. True, the keen adventurer may rightly expect more ….and Spain delivers.

I have done some homework researching some of the best beaches in Spain, those that are located close by to family friendly holiday resorts. Hopefully, this may assist families looking to book a holiday to Spain without having to worry about visiting an area that they are uncertain about.

It’s reassuring to note that there are now more and more beaches in Spain that have been awarded with the blue flag of quality.

Some of the best beaches in the world, in my opinion, can be found in Spain. Maybe you have heard of Costa Blanca, Costa Brava, Costa Cálida, Costa de la Luz, Costa del Sol, Costa Dorada, Costa Verde? Most of us have already been to the Balearic Islands and the Canary Islands and seen for ourselves the amazing coastline and scenery. It is not hard to believe why Spain probably has more blue flag beaches than anywhere else. Marbella, Malaga and Fuengirola also have there abundance of high quality beaches.

Puerto Banus in Marbella for example, is one such beach as is probably the most popular coast on the Costa del Sol. The water is lovely and clear and very shallow meaning you’ll feel safer with little ones. Here you won’t find any rocks in the sea and there are some fascinating coves that prevent big waves coming in to the shore.

Now if you fancy more than just a nice beach holiday, how about hiking or skiing from the flat-topped linear ranges of the Pyrenees mountains or tracing Moorish history around narrow street corners of the South all the way back to 711AD ? The Moor’s had a fascinating influence on the country, which has been a worthy pursuit of many a curious traveller. Their mark is found on everything from the language to some of Spain’s most famous attractions, such as the Alhambra in Granada. Too, in the more industrious northern part of the country, larger cities such as Barcelona and Bilbao are now even more famous for inspiring chefs from around the globe to recreate their popular dishes.

Even in busier Spanish tourist areas, one doesn’t have to journey too far, to be satisfied by unmatched experiences, compared to back home. The pleasant aromas of locally prepared, colourful, sizzling dishes and the sounds of gregarious Spanish families chattering whilst sharing them. One will never forget the scene of an older Spanish fisherman meticulously casting a line in the glow of evening sunshine, determined not to leave until they bring in the evening supper.

Maybe you’re already an addicted returning visitor, who agreed to visit Spain initially only to please the family. Yet now, you too are hooked on this incredible place where lush lemons, nutritious avocados and almonds grow all around and where the best extra virgin olive oil is pressed and offered locally.  In that case, you well know why people flock in their millions to this hospitable country that offers quite contrasting attractions and opportunities.

If you are planning a current trip to Spain, or you’re already a regular having had many holidays in Spain, you may enjoy reading about my other trips to some lesser known tourist spots, especially the unspoiled ones.